Some worlds are just too small of a pond for such big fish. When you're tweaking the nose of the biggest baddest threats and somehow you lose your way. You're invincible... you're bored. You need something to remind you of why you donned your cape in the first place!

You are contacted by services and given the pitch. You are not bound to service. You can go home any time you want. Cosmic Coil just gives you the chance to see what other worlds need your help. Once you accept, you are given a passport, stamped with your world's designation. A portal opens, big enough for you to walk through. And then you're floating in a soupy substance (that allow you to breathe and talk). The passport lights up once Cosmic Coil finds a world that needs you. Sometimes heroes and/or villains actually team up to take on the problems of a world. That's up to the individuals. Cosmic Coil is not going to tell you how to do your vacation. Just act as a guide.

That's the story pitch. The tone will be fun and somewhat comedic. Though not so silly that there can't be character growth or serious stories.

Just one, right now. How much can homeworlds deviate from the standard superhero city in the USA?
Builds on the Sun
Top

Since we're dealing with the multiverse, there are some strange dudes out there, though they tend to be humanoid (this includes humanoid [thing]) and come from worlds where superpowers are the norm (even emerging powered worlds).

Just pop me a suggestion if you want to know before you start writing.
Top

Well, when I think of high-powered stuff... the thing is, I've got this build for a Dragonball Z archetype. It might be fun to play someone from a society of alien warriors who protect underdeveloped planets--something like if Freeza's army operated like the Green Lantern Corps. Too out there?
Builds on the Sun
Top

That's not bad. Do remember, you're the top of the heap when Cosmic Coil reaches out to you.
Top

I'm currently working on what's essentially an electrical elemental with a slightly technological flavor- IE, he's a basically super advanced android.
Am I dead? Am I alive? The answer may surprise you!
------------
I'm the GM of The New Mythos, and play more characters then I probably should.
Top

Allow me to introduce you to Star Born, 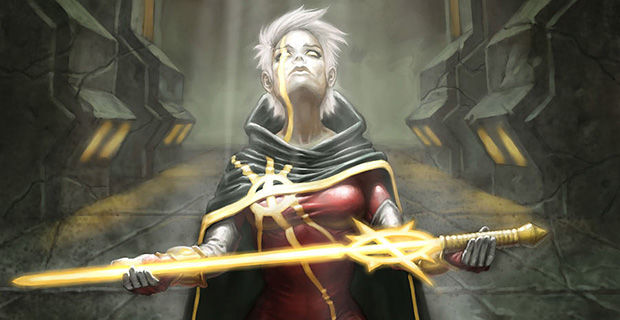 Basic concept is that a xeno-archaeologist & historian from an advanced timeline discovered a cosmic singularity, an artifact that existed within on reality alone, across the multiverse. Using clues she discovered on her quest for the so called, Star Forge, she finally discovered it, and was imbued by it's powers. She can now access the Star Forge's near infinite power, a force that represents a primal aspect of reality, be it contemplating all creation, shaping pure energy, or drawing strength from the end of all things. Now that she's seen the light of every star - she knows exactly what she's fighting for, and what sort of horrors need to be driven back into the darkest parts of the sky.

Now that the Cosmic Coil has presented her with the opportunity to share the light of the Star Forge with the entire Multiverse, she does so with care free abandon.
Top

So, a few questions. I get that mechanically, it's not a good choice, but I don't get why a sword wielder wouldn't have a good manual dexterity. Not that it disqualifies your character. Just a nitpick.

Your expertises, are they multiversal or just for your universe?

About Secondary effect only having 8 ranks, does that mean if you use 9-12 ranks, it won't happen?

Storywise, that's a good concept. Can't wait for some expansion on it. Complications would be nice too.
Top

I'm not ignoring this, I'm just waiting on it

Complications
Motivation: Thrill Android X seeks to recapture the glory days of his youth, where he fought off against cosmic threats and acts of supervillianery all across his civilization. For this reason he is not one to hesitate or rush into a battle he determines to possess a high rate of success, and even those that he doesn't. Recklessness is a surprisingly satisfying concept to perform as a being of pure logic.

Exact Percentages: By some minor glitch in his system, Android X has become very fond of fractional values and precision. He's compelled to add in a percentage value within his daily speech patterns on a regular basis, even when it's unwarranted or the numbers are flat out wrong.

Technological Wonder: As one of the multiverse's most notable examples of hyper advanced technology, beings everywhere wish to capture him and try to unlock the mysteries of his design.

"For a being of 'pure logic', he's kind of an asshole." Logic does not necessarily equate to a lack of emotive personality. And with that in mind, Android X isn't exactly what one would consider 'charming company.' Two thousand years of boredom tends to have that effect one one's psyche.

"Nature is so fascinating.": Android X's world has long since lost the it's treasured and varied ecological environments in the pursuit of progress. Simulations exist of course, and highly accurate ones at that. But there was something about experiencing the natural world first hand which entranced him. Even when that aspect of the natural world was trying to eat his companions.

-------------------------------------
Android X was designed to be a protector and guardian of his world, to defend truth and justice wherever he went. This would've been a much more exciting job if the entire population of his world hadn't uploaded their consciousness into a virtual paradise nearly two thousand years prior, regulating his duties to negotiating minor disputes with other sentient AI left to watch over their masters.

There was a time when he was regarded a hero to his people, a Class 10 Ascended Machine that inspired hope and good will into all that witnessed him. He now often found himself uploading simulations of his greatest conflicts, such as interstellar wraith praying upon the star lanes or the dimensional horror which sought to consume his reality. All powerful threats, all long defeated.

There was nothing left for him to defend in this world anymore. Thus when the Cosmic coil saw fit to contact him, he didn't hesitate for a second.


-Android X's body is seemingly composed of living data, information made substantial via the use of technology far beyond the scope of common man.

Edit: Removed Logical Processes, as I was ten over cap due to not crunching my numbers right. Sorry! Should be good now.
Last edited by Doctor Malsyn on Tue Oct 31, 2017 6:21 am, edited 5 times in total.
Am I dead? Am I alive? The answer may surprise you!
------------
I'm the GM of The New Mythos, and play more characters then I probably should.
Top

This is fine for what I see so far. I do wonder, like above, someone's shtick is being smart and only two Intellect? Again, a nitpick.

About Cyberspace, do you have something in mind?

Do you really think 'electrical abilities' is limiting enough for a flaw?

Liking the story pitch and complications too!
Top

Regarding the super powerful characters. They don't have to be so. Someone mentioned in the preceding thread that Spider-Man (a guy with spider powers) and Captain America (the best human to ever human) hangs on par with Wolverine (super regenerator), Thor (Norse God), and Iron Man (walking army artillery).

Not saying you can't make super gods, just saying that you can make something PL12 that isn't.
Top

About Cyberspace, do you have something in mind?

Do you really think 'electrical abilities' is limiting enough for a flaw?

Liking the story pitch and complications too!

I counter that with his shtick isn't actually for being smart, he just has knowledge in his field

As a being of pure data, it's easy for him to simply integrate himself into computer networks entirely.

Good point. How about single ranked electrical effects?
Am I dead? Am I alive? The answer may surprise you!
------------
I'm the GM of The New Mythos, and play more characters then I probably should.
Top

*finger snap* Precisely.
Am I dead? Am I alive? The answer may surprise you!
------------
I'm the GM of The New Mythos, and play more characters then I probably should.
Top
Post Reply
87 posts