Here's a prelim build for Techardt. it's not done, still have some points to spend, but he's looking pretty good. I need to flesh out some advantages and skills still with the remaining points, but for the time being, his power setup is about where it'll stay unless I have a spare point.

I added Feedback to Summon which felt right given he is able to remote pilot the mecha and has it linked up to his suit, and with Summon having such a high rank, it gives him a fair resistance check against damage that gets through to the mecha. Still 44 points which is enough for him to use any of his mecha's weapon systems as array options.

(Also, his name is Cid in reference to the Final Fantasy trope of there always being a Cid and most of the time being involved with the team airship or means of transportations. Obviously there are exceptions to that, but USUALLY it is the case, as it will be here

I'm putting together a radiation based hero, just felt it would wise to check the concept before putting it up.
Top

Plan b wrote: ↑Mon Oct 16, 2017 10:20 am I'm putting together a radiation based hero, just felt it would wise to check the concept before putting it up.

Radiation how? Like hulk style? Captain Atom style? I'm ok with those. Radiation is not a concept, it's a descriptor

I appear to have lost interest in the technopath idea. :/ Working on something else, but if anyone wants to poach what I've posted so far for mechanics or ideas, feel free.
Top

Plan b wrote: ↑Mon Oct 16, 2017 10:20 am I'm putting together a radiation based hero, just felt it would wise to check the concept before putting it up.

Radiation how? Like hulk style? Captain Atom style? I'm ok with those. Radiation is not a concept, it's a descriptor

It's been one week. I'm giving everyone who's signed up or expressed interest up to another week to finish up.
Top

If Cid won't be coming along, I'll probably spend some of my remaining 16 points on making Andy's scanner a more versatile piece of technology. More super-senses, that sort of thing.
Builds on the Sun
Top

RainOnTheSun wrote: ↑Wed Oct 18, 2017 11:33 pm If Cid won't be coming along, I'll probably spend some of my remaining 16 points on making Andy's scanner a more versatile piece of technology. More super-senses, that sort of thing.

Go for it man. My new build is a sort is pseudo sorcerer. Not the full wizard type of versatility, but based on a magic system of my own dividing for something else, and given we kind of come from different world's, it felt appropriate.

Point being the new build has some versatility in her power set, but not the near infinite diversity you generally see with spellcasters as it's not traditional magic. (It's actually closer to wielding interdimensional energies from 5 specific dimensions linked to her world giving her some control over energy, creation, entropy, life and illusion, though none to the degree a dedicated controller type would have)
Top

Something I didn't catch on until it was brought up in the other thread, and I don't think is a problem here. Someone pointed out that 'rounded up' trumps my observation, but I still don't like the idea of cheaper than free items. So, call it a house rule or working as intended, this is the way i'm treating Removable.

Removable applies to the power as a whole and not individual effects, although it may apply to a power with only one effect. The flaw is worth –1 point (–2 points for Easily Removable) per 5 total power points of the power’s final cost, rounded up, after applying extras and flaws to its effects.

So this means you have to have 5 points before you put on removable.

and so on and so on. 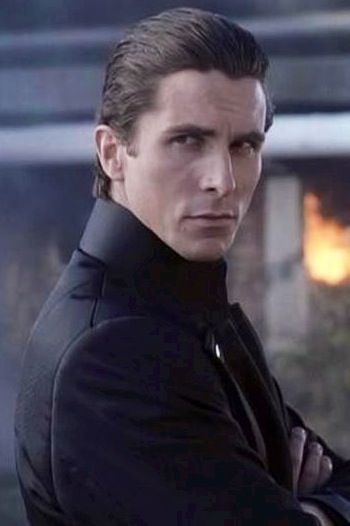 Work in progess, will finish later and write background.
Top

Interest seems to have died.
Top

Still here. I think we were mostly just waiting for that week you gave us to pass for this one.
Am I dead? Am I alive? The answer may surprise you!
------------
I'm the GM of The New Mythos, and play more characters then I probably should.
Top

I have been mulling over ideas since the secondary idea i had didn't pan out well in the building phase. I just thought of one more today that should be a fairly quick and straight forward build. Should have it up tonight, but it is inspired by All Might/Deku from My Hero Academia. Sort of a flightless paragon based more on striking power than all around strength. Gonna put a bit of my own twist on it since need way less than 200pp to build that by itself.
Top Complications:
Motivation (Heroism): Karen is a self-styled symbol of peace, a hero who protects everyone with a smile on her face. She is a hero for the sake of all the ideals that make a true hero, putting the safety of others before her own, facing down any who pose a threat to the peaceful and innocent. This can put her at odds or make her uneasy working with people of questionable morality.

Collateral Damage: Every blow Karen throws out sends out a impact wave, she even weaponized the stronger shockwaves. Her battles can see herself or foes thrown through buildings, shockwaves sending things flying. because of this, she can be hesitant to fight in areas where damaging the surroundings might cause harm to people she is otherwise trying to protect.

Backlash: Karen's power is capable of immense destructive strength in swift instants, however, it requires she keep her body in peak physical condition and modulate her power accordingly. if she tired out however, her control my slip, causing her to use more power than her body can handle causing destructive backlash in her own body. (When fatigued there's a chance the damage of her attack backlashes to her as well and when Exhausted, the chance should increase. Her own Impervious Toughness and Immunity(Bludgeoning) do not protect her, though Power Cowl. If her powers are copied or stolen, this complication should go along with it)


Background:
Karen Knightly grew up in a world full of heroes. In fact, a good 80% of her world's population had a power of some kind. Often something small, insignificant, but other times it's something grand and powerful. At first, Karen was thought to have no power at all, falling in the 20% of the population that did not. It didn't deter her from possessing a heroic heart that wanted to save people. It was later discovered she in fact did have a power when Karen was defending a fellow student from some bullies and she demolished a wall with a single punch, fortunately not hitting the bully. The sudden surge of power through her arm also shattered it.

After being healed up by a hero with a restorative power, Karen was inspired to train, trying to figure out how she could use her newly discovered power to be the hero she'd always wanted to be. It took some trial and error before she figured out that the problem was her body wasn't strong enough to handle the backlash of her own power, even if she managed to control its output, so she put herself through rigorous physical training while also learning to modulate her power output, not only to spare her own body, but to be sure she didn't overdo it on villains.

Many adventures later, Karen was the world-renowned hero known as Valor, representing the courage she shows in the face of danger with a smile. With her own world inspired by her actions and many heroes taking on her ideals, Karen learned about the Cosmic Coil, a means by which she could go beyond being a symbol of peace on her just her own world, but save people on other worlds as well.


Personality:
Karen is human, as far as her world's humans go anyways. She has all the regular gamut of emotions, but as Valor, she lives up to the name, smiling in the face of adversity. As a symbol she tries to be a role model, leading by example. She tends to present a friendly disposition, even to those who clearly have no intention of reciprocating. She is susceptible to being provoked though and above all hates people who would use or harm innocent people as the worse kind of people.
Top

So there's Karen Knightly aka Valor.

Mechanically, she's a pretty straight forward brute. If there is a problem, she's most likely to smash her way through it. Her power is based on instantaneous power boosts for momentary destructive strength by flooding her body with power, like the power One for All. Her attack array is all unarmed strikes with knockback or powerful air pressure waves caused by the mere force of a punch.

Defensively she is pretty tough, particularly against fellow fist wielders, though she only has her basic toughness against energy attacks. On a mobility front, she's pretty fast on the ground and in water, though she has leaping rather than flight, so is a little limited in that area.

She may need a little tweaking here and there, but I'm pretty happy with the overall dynamic. I'm a big fan of Boku No Hero Academia (My Hero Academia), so it was fun to build something paying homage to All Might and Deku.
Top
Post Reply
87 posts