The place to talk about your favorite novels, comic books and web comics.
Post Reply
1 post • Page 1 of 1

Hey guys, this is something I wanted to show you.
It's a credits page from a 1979 issue of Topolino (i.e. the weekly Mickey Mouse comic magazine from Italy) and look who poped up among the writers. 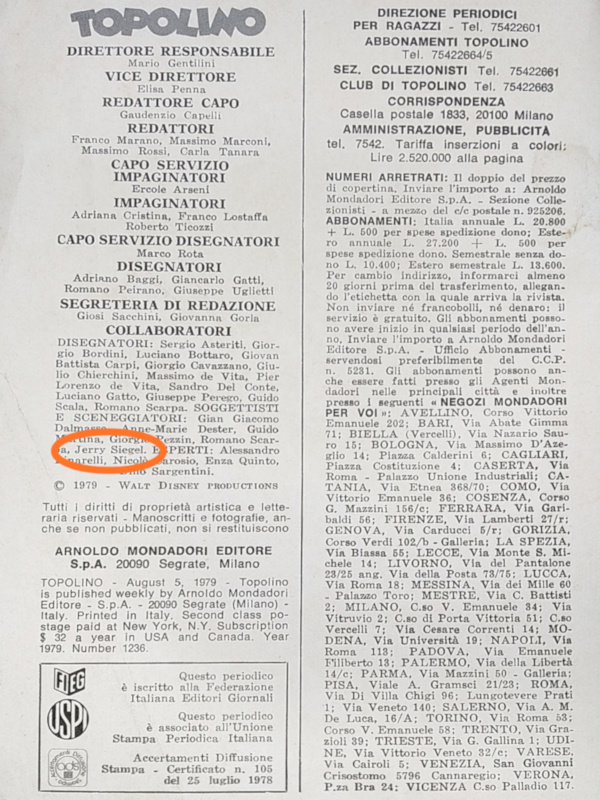 As far as I was able to gather Jerry Siegel worked for the Disney Italia Studio (although at the time it had another name) from 1972 to 1980, penning over 150 stories. But how in hell did this happen?
Well in 1971 Mario Gentilini, the director of Topolino, visited the studies of the Gold Key in California and met Siegel, who was working for them. Chances had that Gentilini's last job before Topolino was adapting the gold and silver age stories of Superman for Mondadori, so he immediately asked Siegel to write for his magazine.
"You're right. Sorry. Holy shit," I breathed, "heckhounds.”

Return to “Books, Comics and Web-Comics”