Where in all of your character write ups will go.
Post Reply
69 posts

Davies wrote: ↑Sat Oct 16, 2021 10:25 pm Just one pedantic note -- with his listed languages, he only needs 3 ranks of the Languages advantage. I don't know where you'd spend that point, though, as I've never played this game and his skills look appropriate for a cinematic but not superheroic operative.

Cinematic is a more appropriate tone, as Mike is the main character in an RPG that lets you customise him. You could customise Mike to be like Jason Bourne and out-fight your opponents, or like James Bond and out-gadget them or like Jack Bauer and outgun them.

You could have him in a John Wick film or a Payday game and he'd fit right in!
My Builds
My Setting
My Stories
Wentworth Games on DriveThruRPG
Top 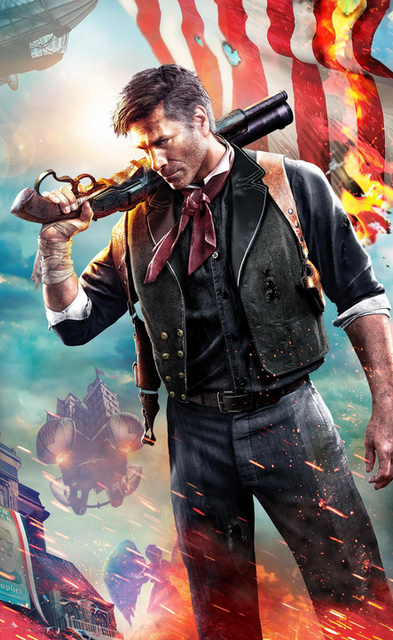 Complications
Addiction: Booker likes to drink and gamble a bit more than he ought to.
Enemy: Zachary Comstock wants Booker dead, to the point where he actually called Booker the "False Shepherd" in his Founder's Cult. This means that anyone affiliated with Comstock will automatically have a Hostile attitude if they realise that they're dealing with Booker.
Power Loss: Booker can wind up losing the use of his Vigors if he uses them too much. If that happens, he'll need some Salts to get them working again.
Reputation: Booker is known to have been part of the 7th Cavalry at Wounded Knee, and he was a Pinkerton afterwards before he was fired for engaging in 'conduct exceeding acceptable bounds', which is REALLY saying something, given what the Pinkertons were doing back then.
Responsibility: For Elizabeth Comstock, by helping her escape from Columbia.

Booker DeWitt is from Bioshock Infinite, which is set in the flying city of Columbia. Booker's in debt to some very nasty people, and they told him about a girl named Elizabeth, saying "Bring us the girl, and wipe away the debt!" Compared to other Bioshock games, which happened after a major disaster, this is the one where you're right on time to see the chaos unfold in front of you!
Last edited by betterwatchit on Fri Nov 11, 2022 12:07 pm, edited 2 times in total.
My Builds
My Setting
My Stories
Wentworth Games on DriveThruRPG
Top 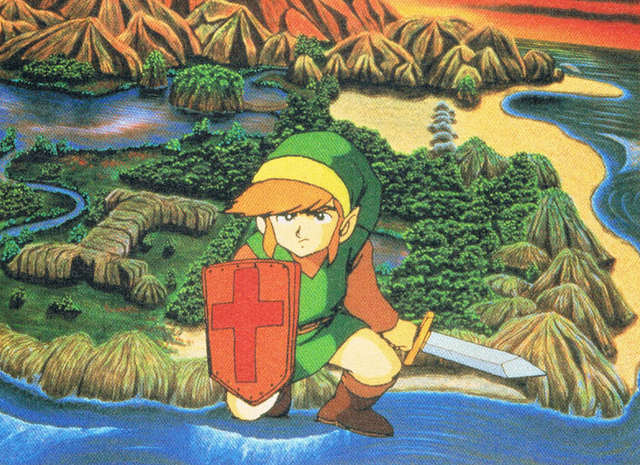 A gaming legend, Link has been kicking arse in Hyrule and neighbouring kingdoms for over 35 years! This build is based on his original appearance on the FDS/NES. This version is also useful if you want to do a campaign based on the Satellaview Version.
My Builds
My Setting
My Stories
Wentworth Games on DriveThruRPG
Top

Re: [MnM 3E] Betterwatchit's Builds: Link from Legend of Zelda

Goldclaw is from the Waxworks Caper in Annual #2. To replicate his animated waxworks, use the Skeleton from Gamemaster's Guide with a complication of being vulnerable to fire (+5 DC to resist attacks with a fire descriptor).
My Builds
My Setting
My Stories
Wentworth Games on DriveThruRPG
Top

Complications
Enemy: Every anti-fascist out there would love to see Stahlfaust gone for good.
Motivation: Responsibility: He wants the Third Reich to return, and is willing to do whatever it takes to see it happen.
Prejudice: As a Nazi, Stahlfaust hates other races, especially Jews. He'll focus his attacks on any Jewish opponent he sees, even when it would put him at a disadvantage.
Reputation: It's a matter of public record that Stahlfaust isn't a Neo-Nazi, he's the genuine article!

Stahlfaust was chosen by the Nazi government to be a recipient of an experimental super-soldier serum during World War II. The effects weren't as strong as the Americans' effort, so they commissioned a special gauntlet, designed to either destroy the enemies of the Reich or to simply make them suffer. When Berlin fell, Stahlfaust entered an experimental suspended-animation chamber hidden in a bunker so secret, only himself and Hitler knew where it was.

He set the dial to wake him up early in the next century, so he could bring the ideals of the Third Reich to an all-new generation. The modern mainstream German culture being highly anti-fascist wasn't so much of a surprise to him at all. What did surprise him was the fact that there were several young Germans who thought that Hitler was actually on to something. And the musician known as Blitz isn't exactly going to be the new Wagner, but he can see a way for them to work together.

Stahlfaust is currently wanted as one of the few war criminals from World War II who's still fit to stand trial.

Author's Note: The stats were based on those of the Iron Duke from Agents of Freedom.
My Builds
My Setting
My Stories
Wentworth Games on DriveThruRPG
Top 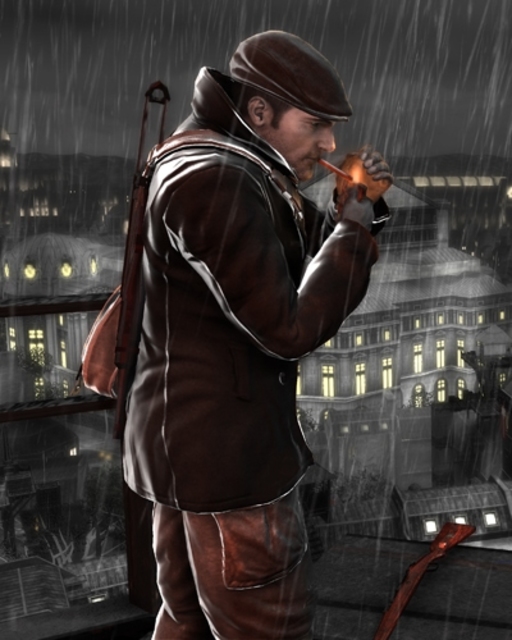 Complications
Enemy: The Nazis occupying Paris would be very glad to see Sean dead. And there's a reason that Sean can't go back to Ireland.
Motivation: Justice/Vengeance: Sean is out to kill Kurt Dierker, the high-ranking SS officer who killed his best friend.
Responsibility: To the French Resistance.

Sean Devlin is from The Saboteur, a computer game set in Paris during World War II. When this Irishman's best friend is shot dead by Kurt Dierker of the SS, Sean swears to do whatever it takes to see Kurt dead. And the path with the best chance of success happens to be one that requires killing a lot of Nazis and liberating Paris.
My Builds
My Setting
My Stories
Wentworth Games on DriveThruRPG
Top

Complications
Enemy: Electro, Hammerhead, Kingpin, Spidey's put a lot of people away in the past.
Identity: Peter Parker is Spider-Man.
Motivation: Responsibility: With Great Power Comes Great Responsibility.
Relationship: With his girlfriend MJ, Aunt May and Captain Yuriko Watanabe of the NYPD.

This is the version of Spider-Man from Marvel's Spider-Man (Remastered) for PS4 and PC.

By the time the game starts, Peter has been Spider-Man for eight years. The story starts with him helping the NYPD finally take down Wilson Fisk (AKA The Kingpin) for good. (Incidentally, I got a good giggle when I found out where in Marvel's New York they put Fisk Tower. Just look up who owns the spot IRL!)

Afterwards, new gangs see the power vacuum, start filling it and it all gets crazy from there.

The stats shown here are for a PC-legal version of Peter at the point the game's story starts.
My Builds
My Setting
My Stories
Wentworth Games on DriveThruRPG
Top

Complications
Feline Compulsion: While Catherine wears the suit, she becomes scared of water and loses her ability to swim, she becomes nervous around dogs (-5 to resist Intimidation rolls if a canine is on the intimidator's side), and she gains a craving for fish and to wash her hands with her tongue (occasional Will rolls needed to avoid doing the latter in public). The compulsion only occurs when she's actually wearing the suit.
Identity: Catherine doesn't want anyone to know that she's the Manx Cat.
Motivation: Greed: The Manx Cat is known as a "Counter-thief". She usually gets hired to find where something valuable and stolen has gone, and get it back. whether it's cash, diamonds, documents or guns, she'll get it back to you.

Catherine McAllister found a cat costume in the cellar of her grandfather's house in Douglas, on the Isle of Man. The story she heard about it went that her great-grandfather had saved an African witchdoctor from danger by shooting a black pantheress. In gratitude, the witchdoctor made a traditional costume out of the pelt, claiming that it would give the wearer great power. Her great-grandfather didn't believe in "heathen mumbo-jumbo" as he called it (but was wise enough not to in front of the witchdoctor), but was grateful enough to humbly accept the suit.

Catherine decided to wear it, and saw that it was a perfect fit. She felt somewhat lighter with a bit of spring in her step. She brushed the bannister with her claws and saw she had cut nearly all the way through. She realised that she could use this suit to get things done.

With no superhuman community on the Isle of Man, Catherine decided to get involved with the British superhumans and underworld. She soon discovered her knack for getting things back to their rightful owners, charging a fair price for her services.
My Builds
My Setting
My Stories
Wentworth Games on DriveThruRPG
Top 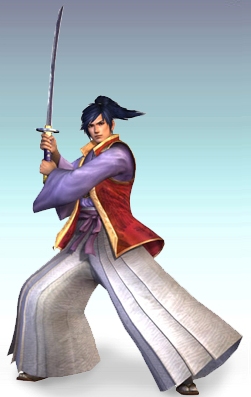 Complications
Honor: Like most other samurai of the Tokugawa period, Takamaru follows the path of Bushido.
Motivation: Loyalty: Takamaru serves the Shogunate.

Takamaru is the main character of Nazo no Murasame Jõ (The Mysterious Murasame Castle) for the Famicom Disk System. Set in the time of Tokugawa Ietsuna, Takamaru's mission is to raid five castles that have been attacked by aliens and stop the invasion.
My Builds
My Setting
My Stories
Wentworth Games on DriveThruRPG
Top
Post Reply
69 posts